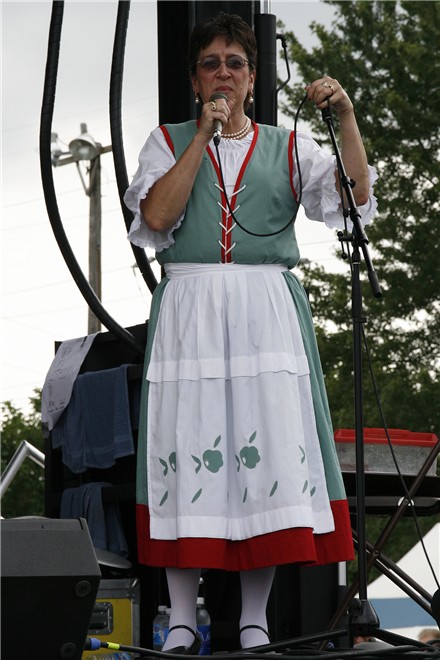 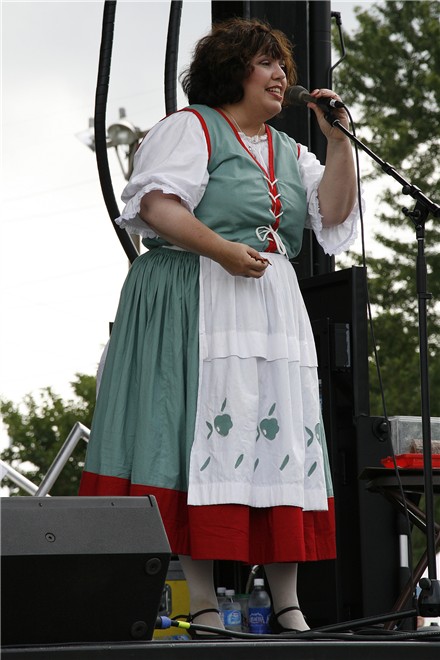 Amici Italian (Italian Friends) established in 1985, by Shirley Martignoni Fedeli, gathers Italian Americans of all ages and backgrounds to learn and share the rich tradition of Italian Folk Dance. The main goals of Amici Italiani are to preserve and share the Italian culture, by educating and entertaining audiences with the color and warmth of the rich Italian heritage of its members.

Detail to authenticity is maintained with Rosie Scalise Sheridan, as Director, and Bea Giammarese Ricotta, as Dance Instructor. Dances performed are researched through The Italian Folk Art Federation of America, Inc., in which Amici Italiani has an active membership. Their dances include various Quadriglias, Saltarellos, Mazurcas, Tarantellas and Codigliones. 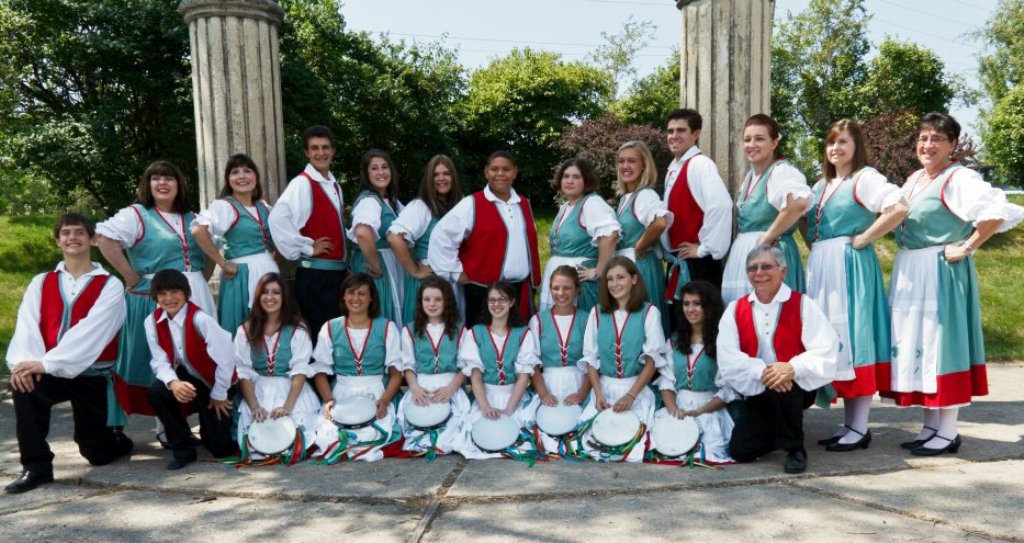 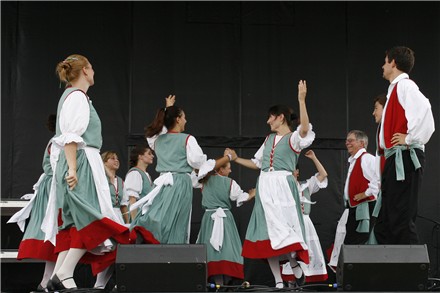 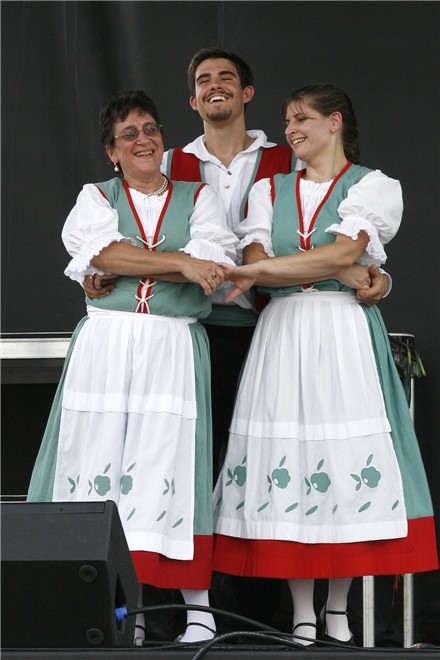 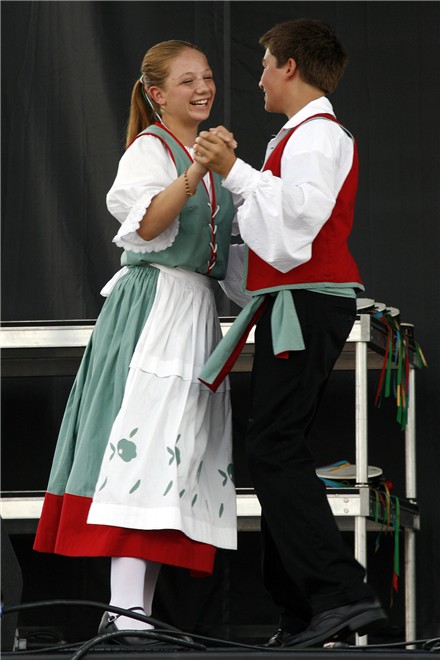 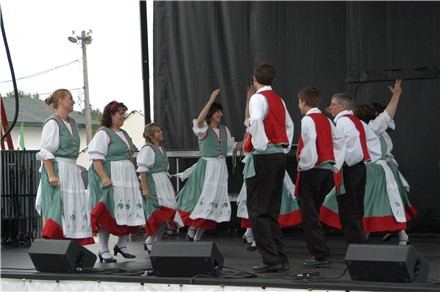 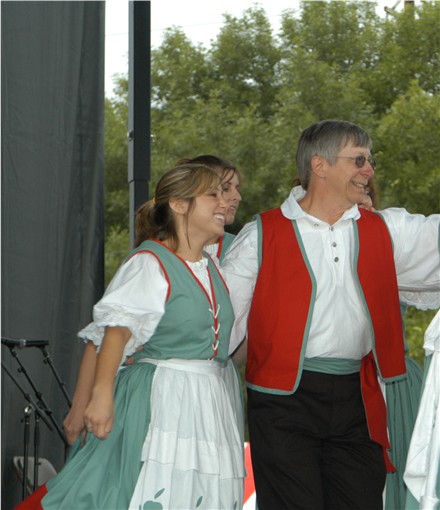 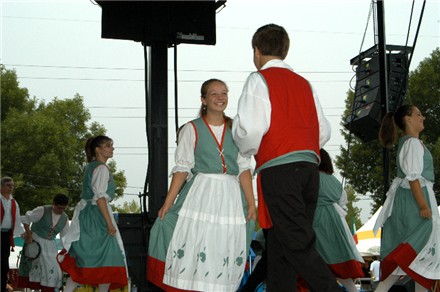 TARANTELLA A style of dance from Southern Italy A popular legend has it that the Tarantella comes from the jumping that doctors once ordered for those bitten by the tarantula spider. Whatever the origin, the Tarantella became a favorite pastime in every part of southern Italy and acquired special characteristics in different regions of the south. The music used in this particular tarantella is the most well-known among Italians and Americans alike.
IL COGIGLIONE This dance is done throughout Italy. It is an elegant dance that includes lilting, upbeat steps. In this dance, the dancers change partners – and do not always end up with their original partner!
TARANTELLA SEICENTA This lively tarantella originated in the southern half of Italy. Translated, Seicenta means 600. This may refer to the number of steps the dancers have to dance! It is Moorish in nature and the music reflects this. Watch and enjoy.
LA MORESCA This dance comes to us from Sicily. It was brought to Italy by the Moors. You can see the influence of the Moors in the use of the shawls (to cover the heads of the women), the small lady-like steps taken, and the use of bells to emphasize the beat. It is composed only of women with a focus on the elder of the group.
IL TRESCONE This dance is danced throughout central Italy. It contains teasing and flirting since it is considered a courtship dance. It is also considered a challenge dance. Typically, one couple begins the dance with one new couple (or more) joining in during each “chorus”. The couples dance their best to outshine the other dancers. We learned this dance from a Troupe in San Francisco.
POLCA DEI CAVALIERI This dance is done throughout Italy. We learned it from a group who performed it, at one time, in an old church during a dancing tour of Italy. The word Cavaliere means a man who is cavalier; which, in turn, means horseman or gentlemen. In this polca, you will see a step that imitates the strong down step of a horse. This plays homage to the “Cavaliere”.
PEPPINELLA This dance originates from Sicily. In the song, we dance Peppinella encourages “Josephine” to dance. Some of the lyrics are: “Let us dance a little closer. Little Josie, let go of all the problems that there are, all you need is the tarantella to not die but, rather live”.
LA STAGGIA This dance is from the North. It is called the “Pretzel” Dance because the dancers intertwine like pretzels. The dancers include one man and two women! TARANTELLA DI CATANIA A Tarantella from Sicily, that includes a backward skipping step called the Saltarello. There are some flirtatious mannerisms found in this dance. BALLO DI SAN CALO This dance was taught to us by an Italian Dance troupe from Agrigento Sicily. This dance is done as an expression of honor to Saint Calogero.
LA FURLANA This is a couple’s dance. It originated in Friuli, the section north of Venice where Aviano is located. It is danced all over that area and done a little differently in each village. Of course, it always contains flirtation, courting, and teasing followed by harmony.
TARANTELLA MONTEVERGINE A lively tarantella from Southern Italy “Mount of the Virgin” is a tiny village with a breathtaking view. It can be reached by the famous Amalfi Drive South of Naples. The sanctuary of Montevergine was built in 1119. There are many Societies of the Montevergine in New York, New Jersey, Pennsylvania, and Connecticut. The dance contains a step called “Sorrellina”, which means Little sister. Here, the women hold their arms gracefully extended in a way to prevent the men from embracing them.
SICILIAN TARANTELLA (TAMBOURINE) Originated in Sicily, in this the dancers dance with their partners as well as their neighbor’s partner. It is an exciting combination of graceful slow movements and peppy, quick steps. The Tambourine is used.
LA DANZA The Italian Danza was one of the many ballroom dances that were danced in the early part of this century all over Europe. The dance is graceful and very charming.
KNOELDRAHNER This dance is Alpinian. You can hear the Swiss influence in the music. And, although the music is relatively slow, this dance can get very dangerous with backward skipping and turning.